Summer time is such a wonderful season to create memories with your little ones. The warm weather, the pool days, the more frequent ice cream outings and ALL THE SUNLIGHT. Everyone is outside and there are so many events going on that it is only natural for bedtime to get pushed later and later. In the words of our favorite Frozen character “The sky is awake, so i’m awake and we have to play!” 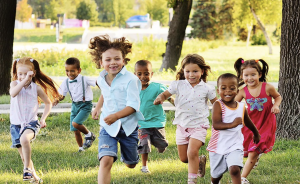 As you get into the toddler years, It becomes easier and easier to adapt your kiddo’s schedules to the summer season.

Here are some quick tips on how to make that shift happen:

No matter the season, we sleep best in cool, dark, places. In the summer time, it is much harder to create this environment. You can shift bedtime back, but you still need to respect the necessary sleep requirements for your child. For toddlers and preschoolers who no longer nap, that is 11-12 hours of night time sleep. In order to make this a reality, you need 2 things to happen. One– for your child to fall asleep quickly once you do get them down (If you are getting them down at 8pm, and they are tossing and turning, or better yet, doing the usual toddler stalling tactics, you are really going to start pushing bedtime much later than you intended.) Two: you need them to sleep in a little later.

Get your child on board with the idea that there will no longer be a set time for tv in the evenings. The whole point of shifting bed time later is to use the extra time for outdoor play and you should not feel like you need to fit that screen time into the schedule during the summer months. For our 4 year old, this means letting her know ahead of time that we will not have time for tv in the evenings. If it is an end of day surprise, it is really upsetting for her. As the summer has gone on, she is loosening up on that expectation to watch tv before winding down, and we are able to get home later, do a quick bedtime routine, and head to bed. The same goes for your bedtime routine. If you normally have a lengthier bedtime routine that involves several books, it is ok to let your kids know that they can play outside longer, but you will only be reading one book before bed. Which leads me to my next point… 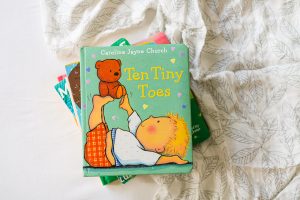 You can get bedtime routine done in 15-20 minutes. Your kids are probably extra tired from swimming , sweating, and being in the sun. We drop it down to quick bath, pjs, brushing teeth and one book. They are more than ready for bed after all the activity that they got during the day, and so are we!

Here is a sample schedule for a summer day with my  2 year old and 4 year old when not at camp/daycare:

** This works because we are VERY active during his awake times. On a rainy day that we stayed in, I would adjust for a shorter nap and earlier bedtime**

The latest I have been getting them in bed has been 8:30 and that works well for us to enjoy the day but also not be exhausted.

I will be lenient with a bedtime past 8:30pm if it makes sense. This weekend our friends asked if we wanted to stay over for a movie night after swimming all afternoon at their place. They wanted to start a movie for the kids with a projector once the sun was down around 8pm and they live about 45 mins away, so we would have left their place around 9:30pm and arrived home past 10pm.

I said no because I knew the kids would be super tired after swimming, and that is already a full day for them. I don’t think they are ready for this type of movie night/ late night (mostly Nico), and knowing my kids they would probably be asking me to go to sleep during the movie. We didn’t even end up going because our friends had covid but I have no problem saying no where the later bedtime doesn’t make sense for me. I will however let everyone hang out later than usual without feeling the need to rush home. If it were another special event like fourth of July fireworks, a children’s outdoor concert that ended on the later end, or a summer wedding we were all invited to, I would definitely go for it!

I hope this gives you some ideas on how to get the most out of the summer season. I will always keep in mind that saying about summer with your kids “You only get 18”, Honestly probably less because I was not about hanging out with my parents in the summer from 16 and above ha!